In the morning our tent was frozen due to the rainfall on the day before. After having breakfast we dried our tent and packed our backpacks. Our way led us first down North Fork Cascade. Hiking was quite pleasant as a lot of wildflowers grew next to the trail. 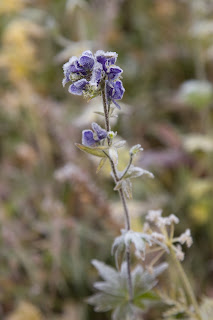 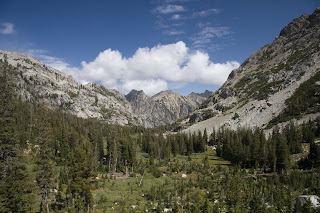 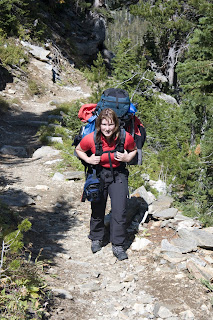 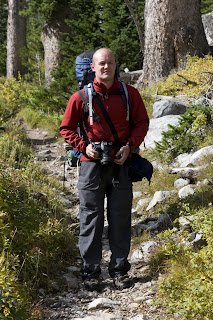 Although this day's leg was rather short in distance it was still quite streneous. However, we got rewarded with a wonderful campiste at the upper South Fork Cascade close to two small creeks. 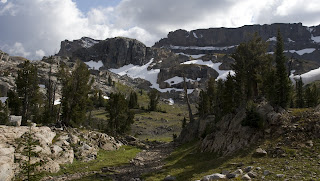 As we arrived quite early at the campsite Matthias decided to do a short sidetrip to Avalanche Divide which turned out to be fantastic. 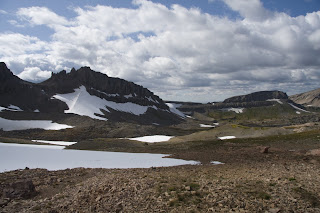 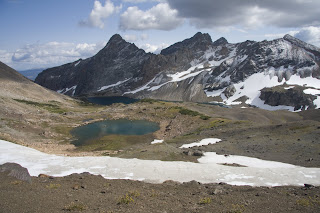 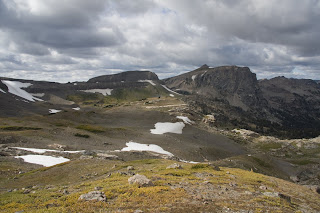 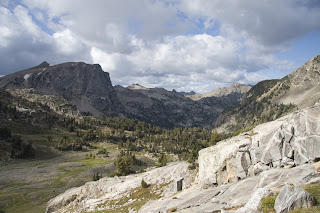 Regina and I stayed at the campsite to relax.
Eingestellt von Unknown um 22:10