Today we visited the Needles section of Canyonlands National Park, which lies halfway between Moab and Blanding. First stop was the News Rock where you can see petroglyphs. The huge variety of paintings makes this place somehow special. 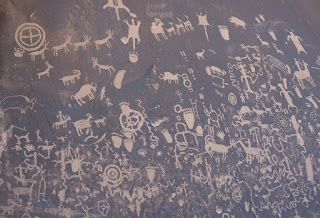 From the News Rock we drove further to the Visitor Center of Canyonlands National Park. After having watched the exhibit at the Visitor Center we continuted our visit of the park with the Big Spring Canyon Overlook where we could see many mushroom rock formations. 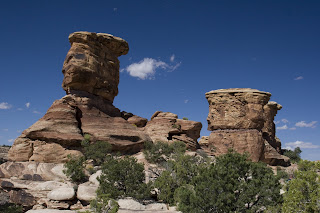 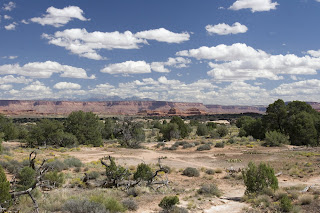 We then did the Pothole trail - a 1-mile loop - which brings you to numerous potholes where the feary shrimp live. We were really amazed how big they can get.

Picture of a feary shrimp in a pothole 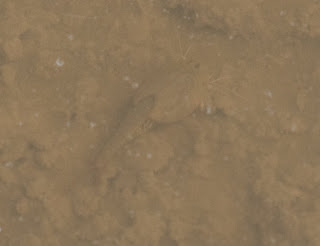 Cryptobiotic soil can be seen everywhere in Canyonlands National Park 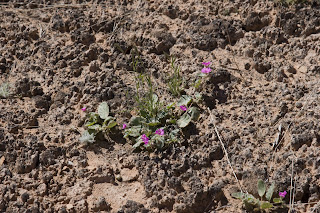 Not many plants can live in this dry land 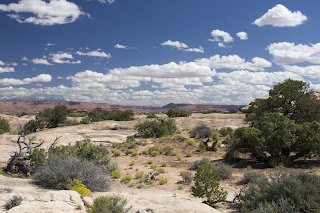 Next we drove to the Elephant Hill and did parts of a hike there to get a good vista on the needle stone formations. 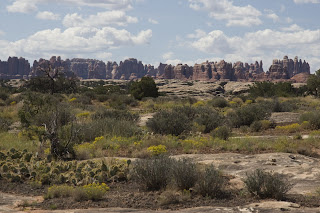 Mushroom formations on our way up 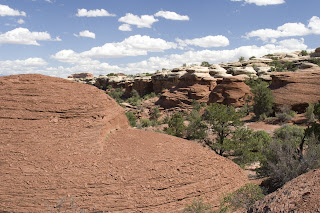 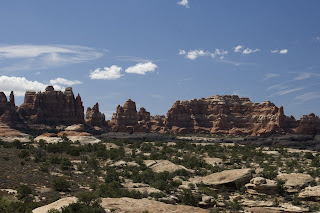 At the trailhead there was a nice picnic area with tables in the shadow which we used for having lunch.

After lunch we did the Cave Spring trail - a 0.6 mile loop - which brings you to a cave with a year around spring where cowboys used to live. 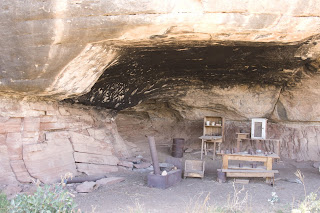 The Canyonlands not only were inhabited by cowboys, but also by outlaws (due to the many places to hide).

Last stop was the Ruin Rim trail where we could see an Ancestral Puebloan granary (grain storage). 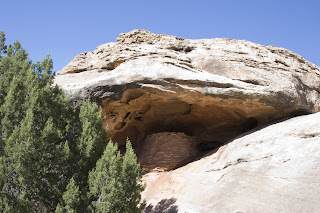 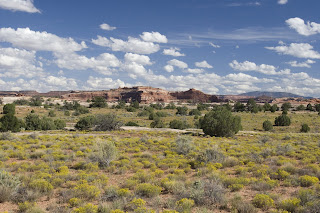