Today we had to wake up quite early as we had to be in Moab at 8:00 for our mountainbike tour. As there are several big events going on in the Moab area every single motel in Moab and its surrounding villages was fully booked. Therefore, we had to drive from Blanding (where we stayed overnight) all the way to Moab. At 8:00 we met with our guide at the bike shop and drove to the trailhead of the Klondike Bluff trail. On our way there it started to rain, but it stopped shortly after we arrived at our trailhead. The rain really was a blessing as the temperatures were much cooler compared to the previous days :-). The trail was not too difficult - it is rated as an intermediate trail - but it still was very interesting as it brought us through different terraine. There was sand at the beginning which was really fun and slickrock after some while. The trail itself was not too streneous, but still had some steep climbs and some slightly technical parts. Biking in Moab is really fantastic and completely different from mountainbiking at home. 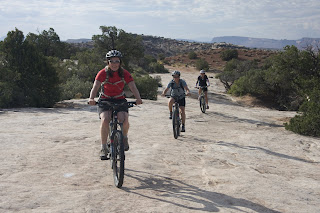 On our bike ride we made several stops to enjoy the landscape. At the end of the trailhead we left our bikes behind and did a short climb to an outlook providing good views of Arches National Park. 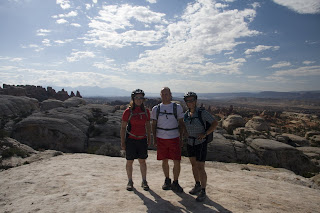 Our guide also showed us cryptobiotic soil, a soil crust consisting of bacteria, lichens and mosses which is typical for both Arches National Park and Canyonlands. As cryptobiotic soil has several ecological functions (soil stability and erosion and nutrient provision for plants), gets easily destroyed by human trampling and needs more than 100 years to rebuild, it is fundamental to stay on trails or solid rocks. Christie - our guide - also showed us potholes which provide a habitat for feary shrimp. When the potholes are dry the feary shrimp hide in the sand and they come out when the potholes get filled with water.

After a while we started the downhill ride, which was pretty cool. Having a bike with full suspension we did not have much of a problem with the obstacles. 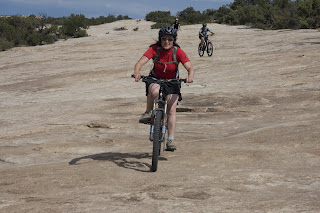 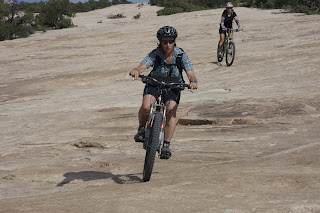 On our way down we made a stop to have a look at the dinosaur traces. 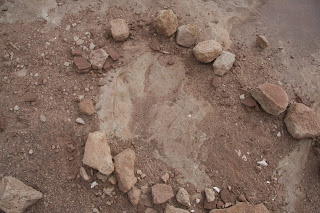 At around noon we were back from our ride and went for some lunch. Afterwards we visited the Visitor Center of Arches National Park where we went through the exhibit and watched the park movie. In the afternoon we then visited the sections of the park we have skipped the day before. 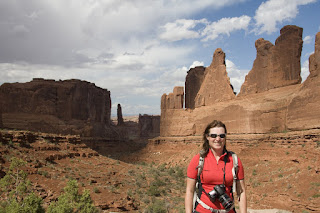 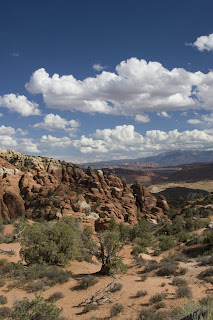 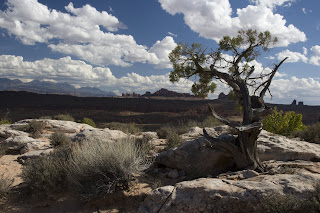 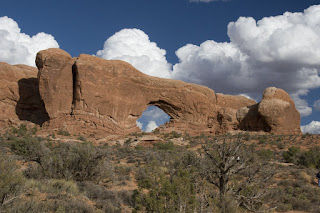 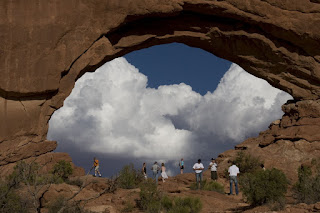 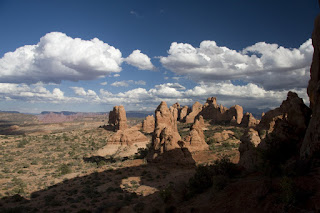 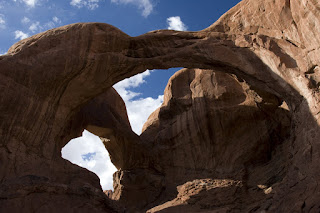 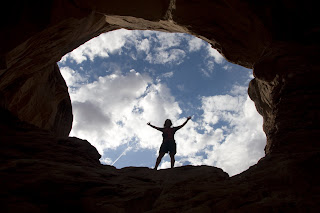 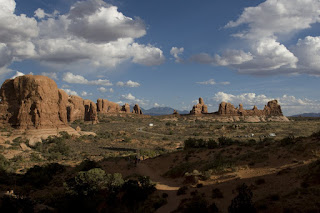 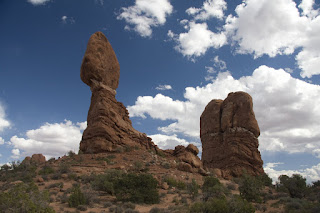