I started the day with a short run on the beach (where I got completely wet), because it was raining heavily. I spend the morning then with Paco and Prado visiting the Old City and the center of Montevideo.

At the way to the bus station we had a bit of an unpleasant encounter, since Paco got attacked by a dog. The dog probably got frightened by some movement of Paco caused by the heavy wind. But lucky the dog did not bite him properly and only his trousers got a bit damaged. Nevertheless, it was a bit of a shock for all of us.

We then walked a bit around the Old City which is surrounded by the Rio de la Plata on three sides. The most western part of the Old City looked a bit abandonned and we did not visit that part because in the hotel they recommended us not to do so.  In the following you can see some impressions from the Old City including the Plaza del Caballo and the theatre of Montevideo. 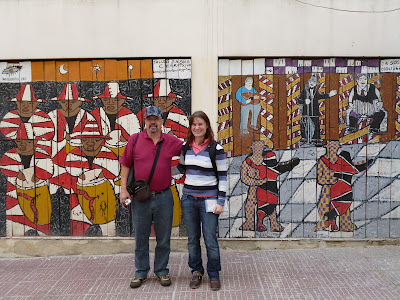 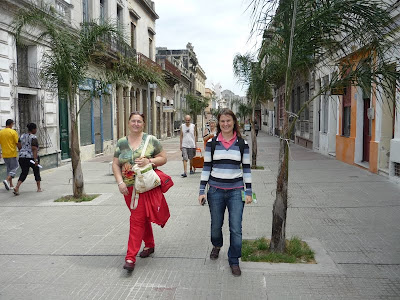 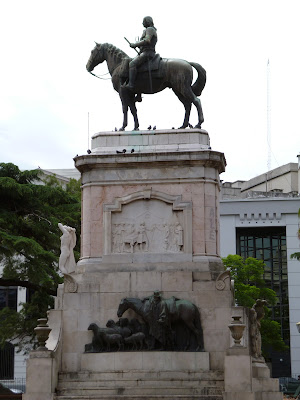 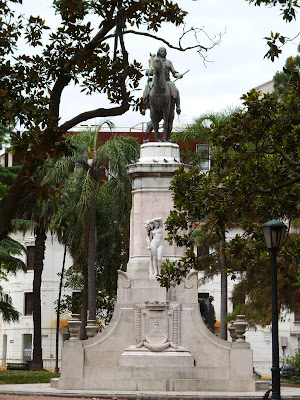 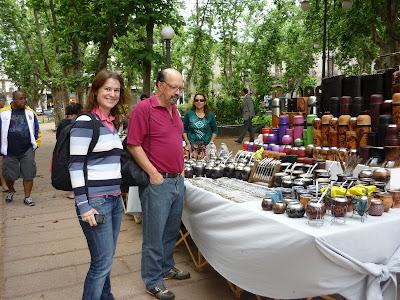 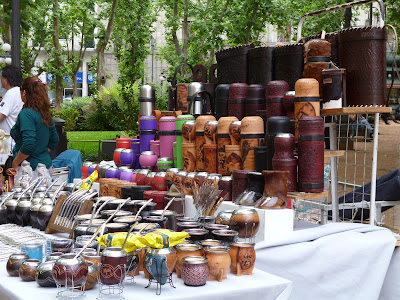 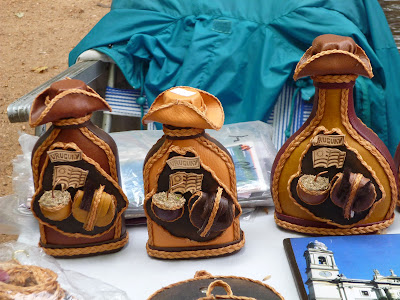 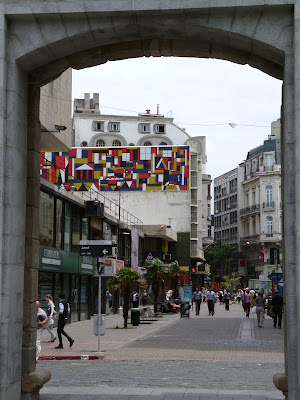 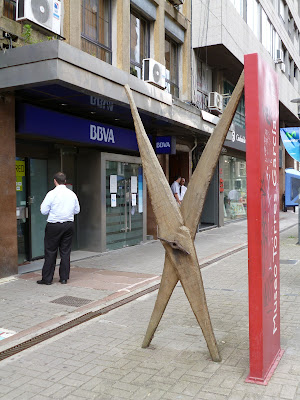 We also visited the Museo de Joaquín Torres García, probably the best known painter from Uruguay. He is the founder of the Constructive Universalism. One of his most well known drawings is América Invertida. The logo of the BPMuy conference in which I will give a keynote on tuesday has been inspired by his art and the typical colors he uses in his pictures.

We had lunch in the Old City before we moved on visiting the center. I already visited that part the day before and uploaded several pictures from the center in my previous blog post (e.g., showing the Plaza Independencia); so there is not much now to report. We walked again along Avendia 18 the Julio and we visited the Museum of the Gaucho (i.e., the "cowboys" of South America). 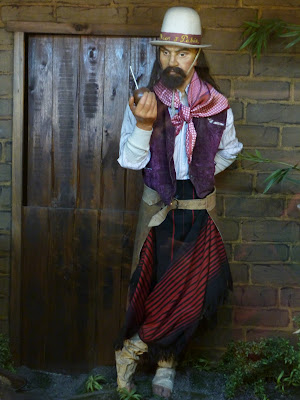 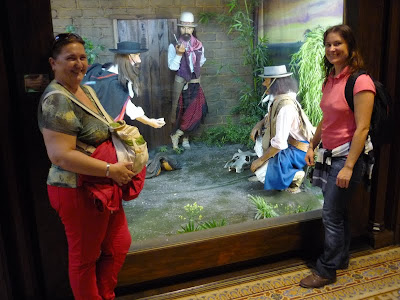 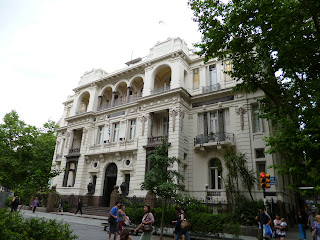 In the afternoon I had a walk at the beach (weather was much better than in the morning) together with Prado and had dinner with Paco, Prado, Marcelo and Andrea not too far from our hotel.
Eingestellt von Unknown um 09:48