I started the day with a run of about an hour at the beach. Even though I already started at 8 it was already pretty warm with temperatures around 25 degrees, but with these temperatures I'm still fine. I have to say that i enjoyed the run a lot.  I really like it to explore a city by running.

After breakfast I walked a bit around the neighbourhood of our hotel and made some nice discoveries. On one of the buildings I saw a mosaic that somehow looked familiar---when I looked at it more carefully I saw windmills and two persons on their horses, one of them with lance; yes, it was Don Quijote with his horse Rocinante and Sancho Panza. 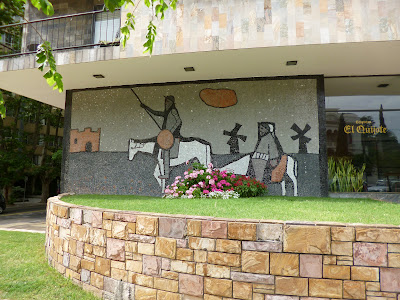 I then had coffee at a small coffee place where they did not only have proper espresso coffee, but also served Christmas cookies with everything you ordered. It is somehow a weired feeling to be here in summer and to see everyone getting prepared for Christmas. Coming from Austria one of the first things that come into your mind when thinking at Christmas is snow, but not summer and sun. 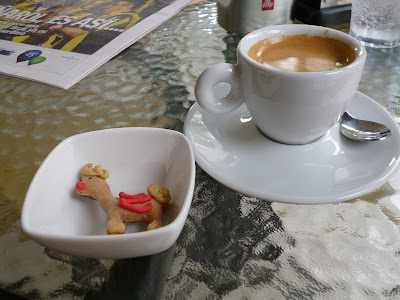 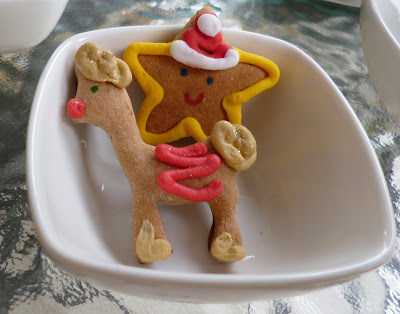 Sitting at the coffee place I was thinking about what to do with the remaining day. Since I was pretty busy before coming to Uruguay, I came completely unprepared and did not have any clue what you can see and also did not have any map of the city in my mind, but this turned out not to be a problem at all. Since there was a bus stop just infront of the coffee place I spontenously decided to take the bus that goes to the Plaza Independencia.

The Plaza Independencia is a huge square surrounded with palm trees and with a monument of Uruguays national hero José Argotas in its center. 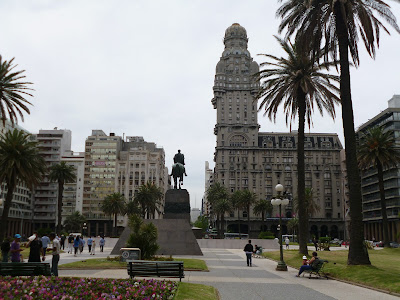 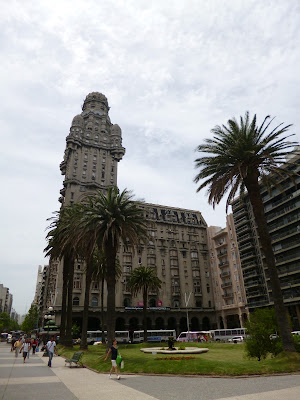 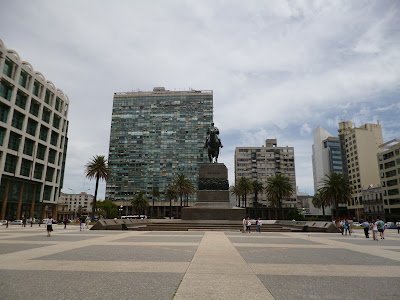 The Plaza Independencia is located at the entrance of the old city. On its west end is the Puerta de la Ciudadela, the historic entrance to the old city. 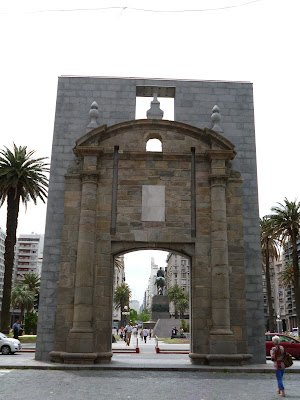 Not for form this is the museum of Joaquín Torres García, who is probably the most famous painter from Uruguay. 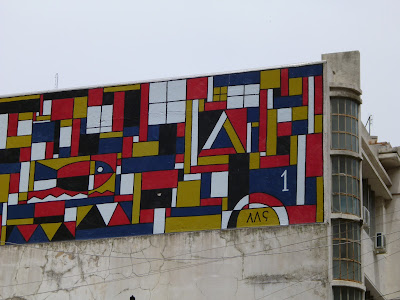 I then walked huge parts of the Avenida 18 de Julio (which has an extension of 3,3 km) where you can find many small shops. When I passed by the National Library I saw a sculpture of Cervantes, the writer of Don Quijote (which is by the way the first novel in history), together with one of Socrates in front of the library. 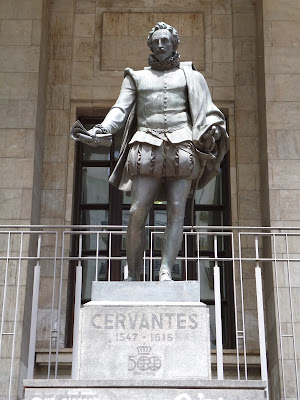 As you can see on some of the next pictures Montevideo is a very green city with many alleys with very high trees. You can also see a kind of interesting mixture of buildings of completely different styles and lots of street art. Most of the pictures are taken in the area between Avenida 18 de Julio and the Avenida Constituyente / Bulevar España. 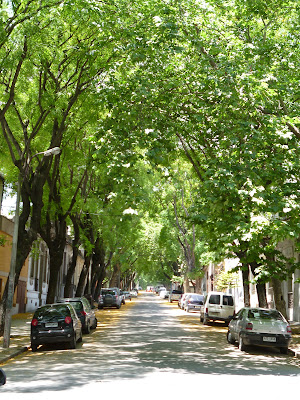 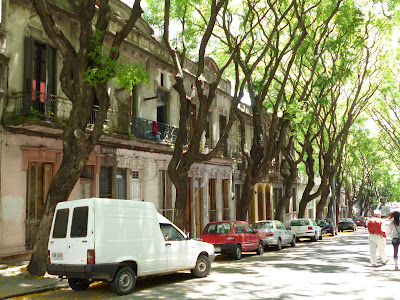 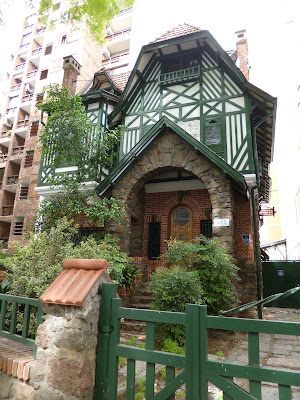 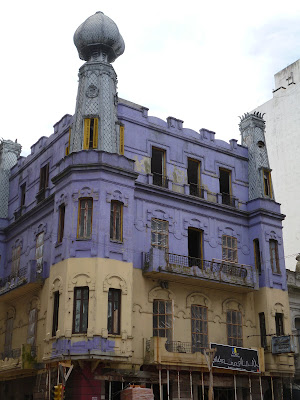 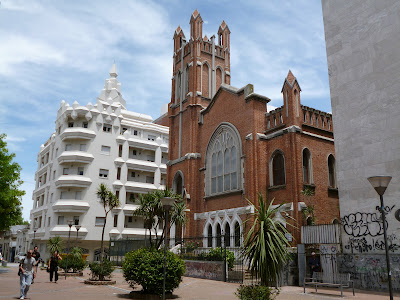 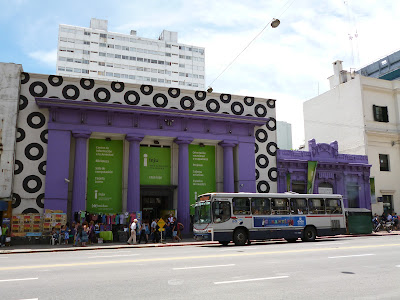 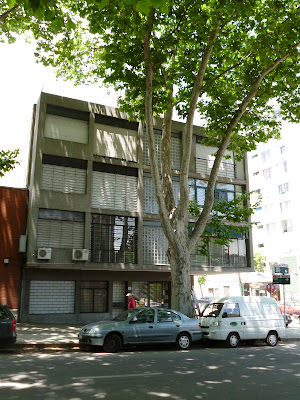 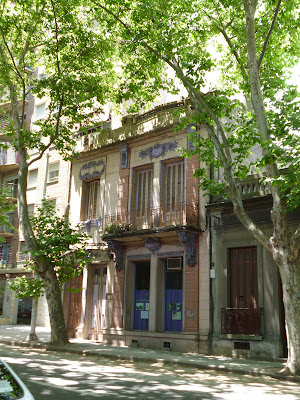 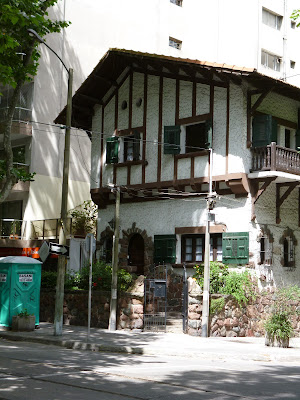 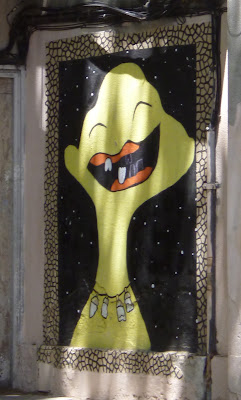 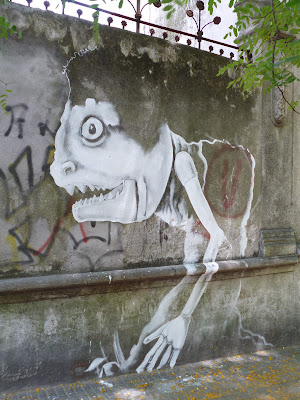 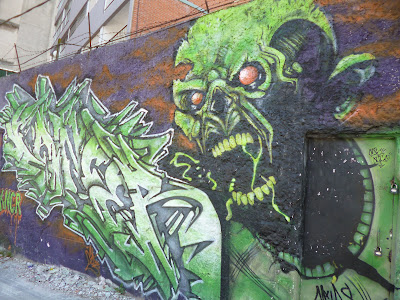 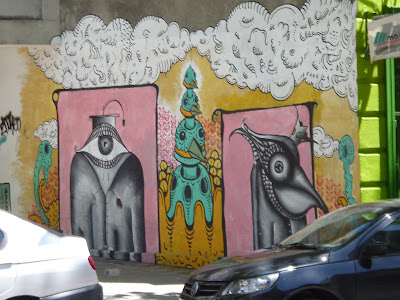 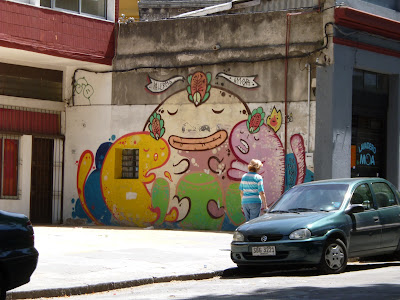 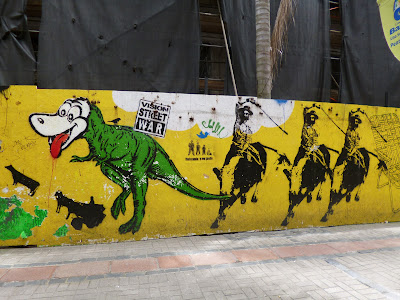 On the way back I stopped in a small restaurant to have lunch, which turned out to be pretty good. The place had a mixture of spanish and italian stuff. Back at the hotel I worked a bit on the project proposal I want to submit. Later on I went with Prado, Paco's wife, to the beach and we walked there a bit and also had a swim. At the beach we also bumped into Marcela, who is currently also in Montevideo teaching at a private university here. It was somehow funny that we managed to meet without having an appointment considering that Marcela is staying in another hotel about half an hour by bus from ours and that Montevideo is having about 1.3 million inhabitants.