It has been a very long time since I have written my last post in this blog, but since several people asked me to update them with my pictures I decided to revitalize the blog, because I really don't want to post all of my pictures in Facebook (especially since not everyone I want to update is there).

It was quite a long journey to get to Montevideo, about 27 hours from when I left home until I arrived at the hotel. My flight went via Frankfurt, Sao Paolo to Montevideo.

The flight from Innsbruck to Frankfurt was a bit delayed which turned out to be really great (yes, there is always a positive side with every negative thing happening), since I could not only see a beautiful scenary with snow covered mountains, but in addition a wonderful sunset. 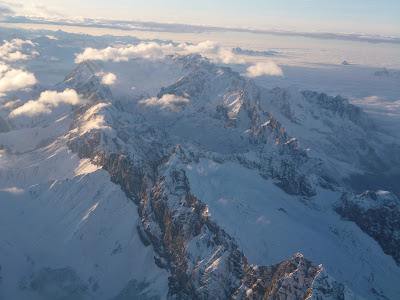 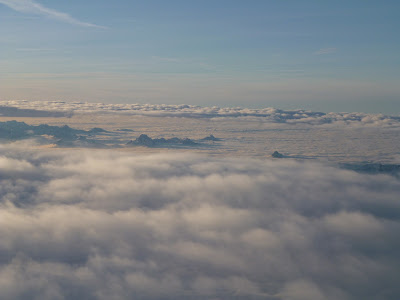 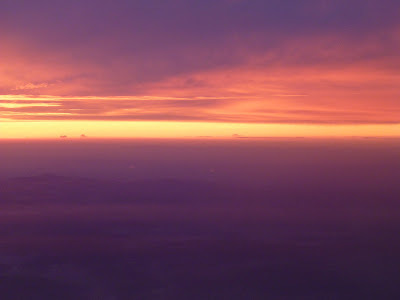 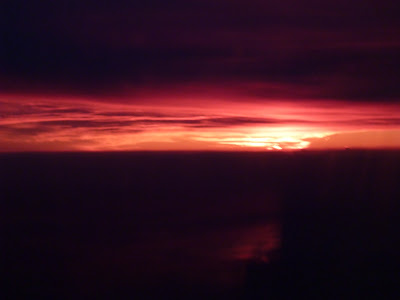 Also the flight from Frankfurt to Sao Paolo went very well. Very unusual for me I could sleep several hours on the flight from Frankfurt to Sao Paolo and arrived there much fitter than expected. I also have to say that I'm very positively surprised by the quality of the food that was served by TAM---I was not expecting that. I perceived the flight as pretty short because in addition to sleeping and eating I was watching some nice movies (one in spanish to warm up my spanish a bit) and a quite interesting documentary of a Sushi place in Tokio which is having three Micheling stars (Werner that would be a really cool place for us to have dinner). The documentary was pretty interesting especially since the owner is an extremely interesting personality.

The 7 hours waiting time in Sao Paolo also went over quite quickly because I could find a nice coffee place with power  outlet for my laptop so that I could use the time to work a bit on a data analysis I already wanted to do for a long time.

I arrived around 16 (with a bit of delay) in Montevideo where Andrea picked me up. When I arrived it was still pretty hot with temperatures over 30 degrees. I was then using the time before dinner to explore the area around the hotel a bit (which is located in one of the best neighborhouds in Montevideo about 1 minute from the beach) and was having a walk for more than an hour at the beach and was relaxing a bit in one of the bars at the waterfront. When I was walking next to the beach I could see people everywhere drinking mate tea: in parks, at the beach, on the sidewalk next to the street, really everywhere.

Just next to my hotel 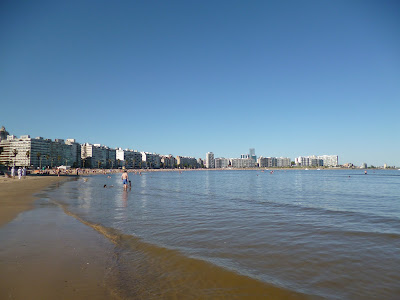 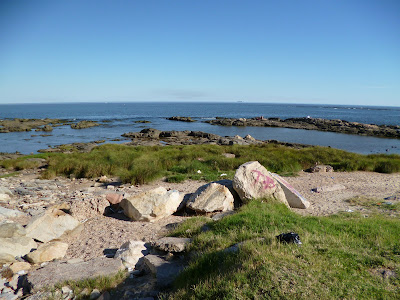 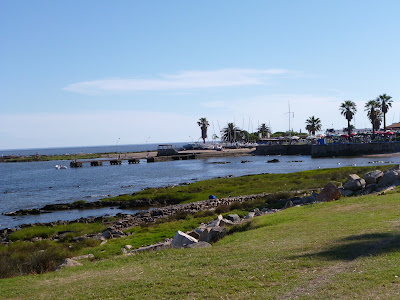 At the right you can see my hotel 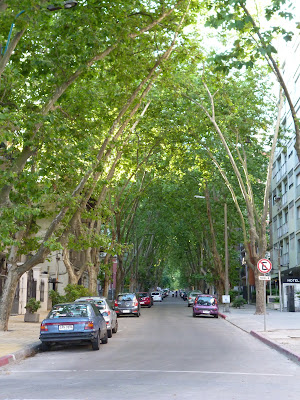