Today we hiked from Bivacco Giraudo (2620m) to Bivacco Ivrea (2745m). From the bivouac the path first led us down a rock step before it got rather flat for the next kilometers. We hiked through wonderful mountain meadows which were in full blossom. 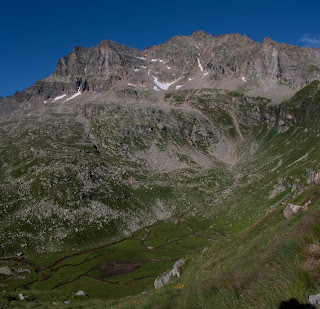 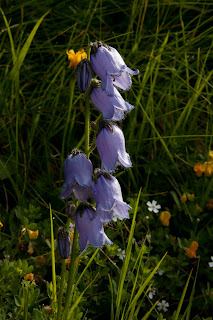 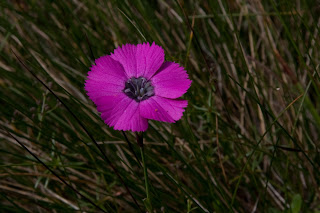 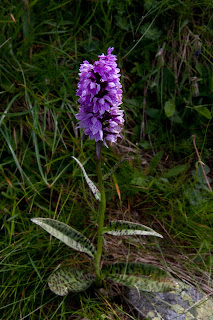 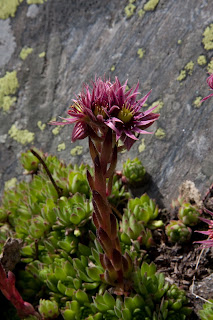 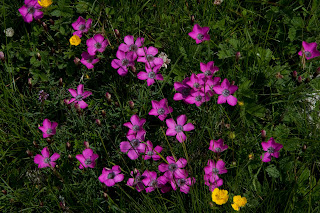 Before arriving at Casa di Caccia (a former royal hunting hut) we had to get up a small rock step (2222m). 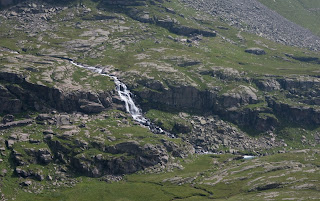 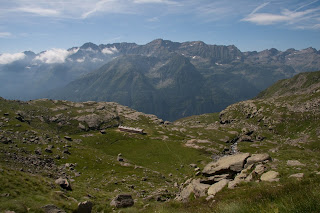 From there the path became increasinly steep and led us to Bochetta del Ges (2692m). Multiple times on our way up we had to climb over stone blocks and it took us a while until we reached Vallone di Noaschetta. 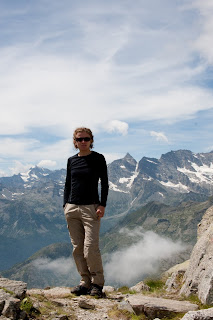 Creeks in turquois color meander through Vallone Noaschetta and we saw the jagged rock formations of Tre Becchi. 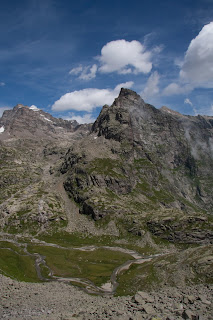 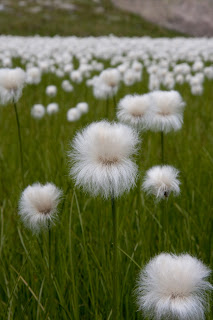 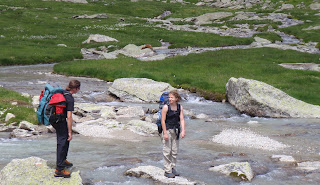 Tre Becchi (on the right) 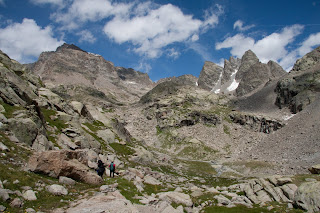 From there we had to get over another rock step before we arrived at Bivacco Ivrea which is located on top of a moraine hill. Today temperature were a bit cooler than the previous day. Thus, we all decided to spend this night in the bivouac. 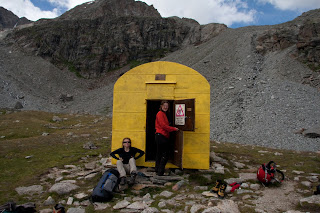 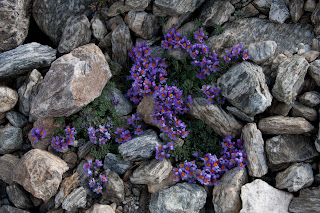