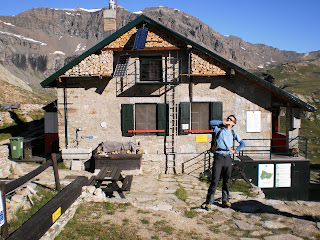 From there we hiked along a narrow path in an easterly direction, first rather flat, later on increasingly steep to Col della Terra (2911m). 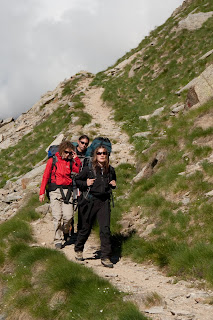 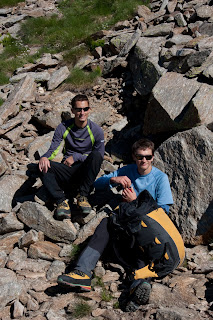 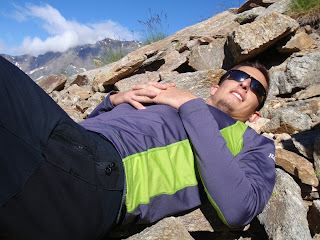 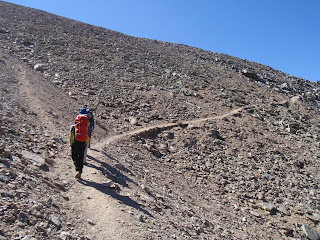 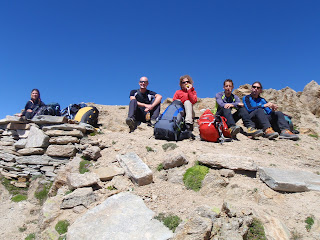 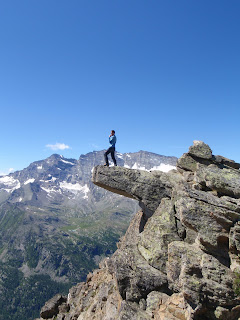 From there we could see Lago Lillet (2765m) with its beautiful turquois color. 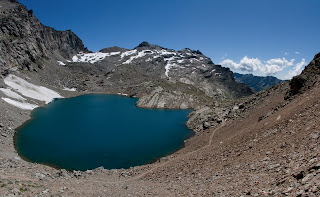 After having a short rest we continued down to the lake. Matthias and Andi were brave enough to go for a swim in the lake, while the rest of us prefered to stay outside. From the lake the path ascended to the second pass we had to cross on this day. 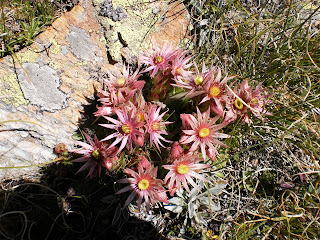 On the way down we had to hike through pathless terrain and along a large snow field and huge stone blocks, which was quite challenging with our heavy backpacks. 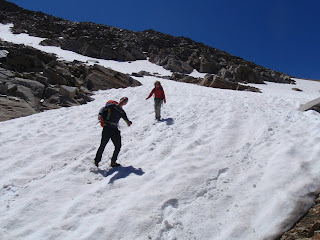 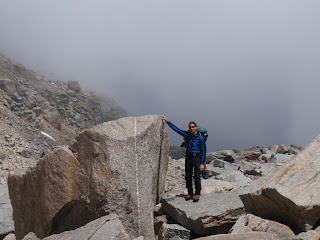 After a while we reached a terrasse with several small lakes where we had a rest before hiking (again through pathless terraine) to the terrasse where Bivacco Giraudo is located. 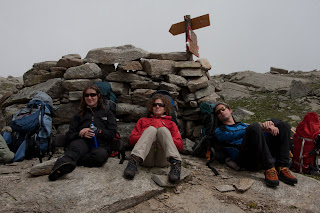 When we arrived there we checked out the bivouac (which offers room for 6 persons) and relaxed in the sun. After a while a German couple and their son arrived and got a bit dissapointed when they realized that the bivouac is already full and that they lack the necessary equipment to sleep outside. Since the weather looked good we left them the bivouac and decided to sleep outside. 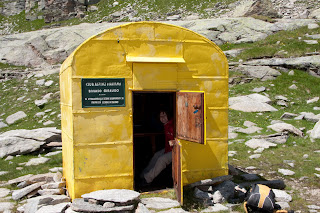 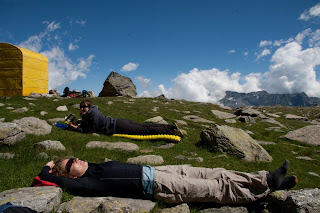 While we relaxed in the sun, Matthias walked around to explore the area and made these beautiful pictures of ibexes. In the course of our trip we could see quite a few of the 4000 ibexes which live in Gran Paradiso National Park. However, it was not always as easy as today to spot an ibex. In the 19th century the Alpine ibex got almost extinct (mainly due to hunting) and only survived in the Gran Paradiso area. Victor Emmanuel II, who later became King of Italy, declared Gran Paradiso a Royal Hunting Reserve. He also ordered numerous paths to be built in the area, which are still in use today, e.g., by us on our trip. 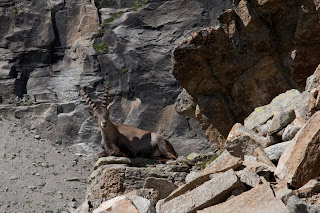 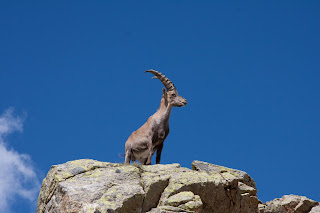 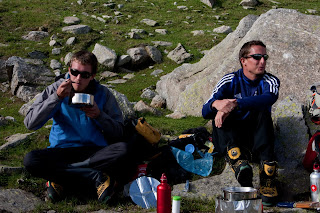 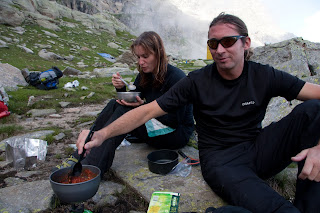 After the sun went down it quickly got cold and we therefore hit our sleeping bags very early. 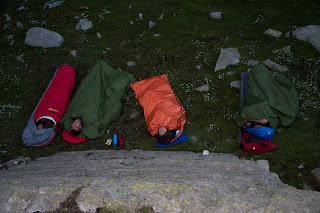