Today we had another climb on our agenda, since we had a few hours left before Jakob, Stefan and Sarah arrive for our Gran Paradiso hike. Matthi, Andi and I drove to Donnas and from there via a very winding road, through vineyards to Albard Bard where we had to leave our car. From there it took as about 40 minutes by foot to the start of our climbing route. 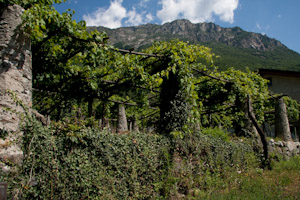 During the ascent we had a great view on the Fort of Bard. The fort was built in the 11th century as a toll barrier and extended in the 13th century due to its strategic importance. 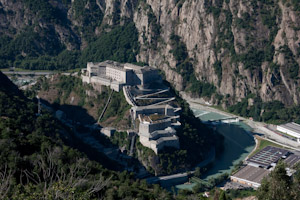 The route had three, very easy pitches, again on gneiss. For Andi it was the first multi pitch route he climbed, but he managed it very well :-). 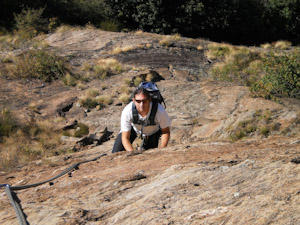 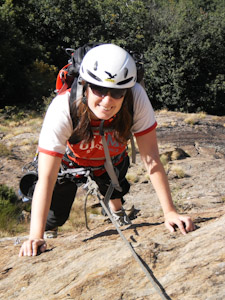 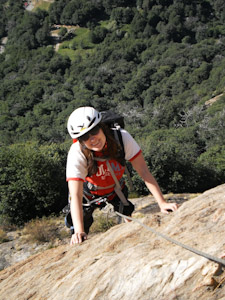 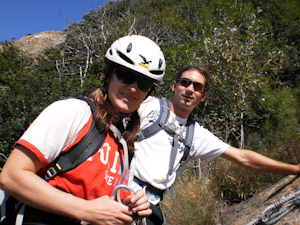 Our climb (marked in blue) 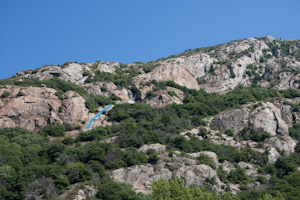 On the way down we stopped in Donnas to take pictures of the old houses. 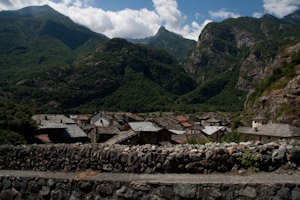 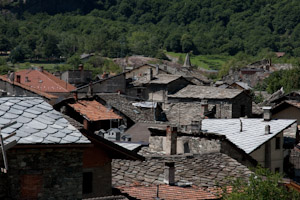 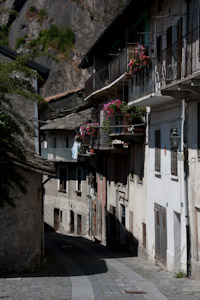 From there we drove to Pont where we met Jakob, Stefan and Sarah. From there we started our hike around Grand Paradiso. The first lag was from Pont to Rifugio Città di Chivasso (2604 m), which is located slightly north of Col de Nivolet, and took us about 2 1/2 hours. Our arrival at the rifugio led to quite some confusion. Since a couple with the same last name had reserved just a few days ago, the hut warden was not sure about our reservation anymore and called all surrounding huts to find out whether they knew about a group of six people with the respective last name. However, no one has heard about such a group (which was not a surprise since we planned to stay the forthcoming nights in bivouacs), and the hut warden thought that our reservation is a misunderstanding. When we arrived at the hut he was entirely confused, but fortunately it was no problem to get a room and have hot dinner :-). 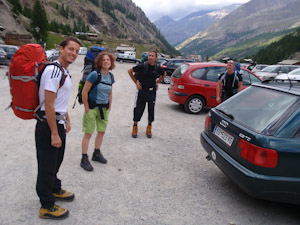 On the way up to Rifugio Città di Chivasso Decayed stone houses could be frequently seen on our hike 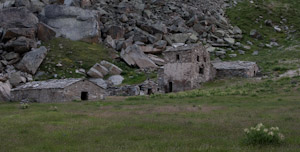