Today we visited the city of Quebec in the morning which is just across the river from Levis. It was quite busy in Quebec as the weather was marvellous and Quebec it celebrating its 400th anniversary this year. We strolled throught Old Quebec and again were impressed by the wonderful houses (we already visited Quebec last year, but then it was raining heavily). 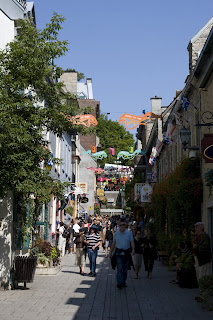 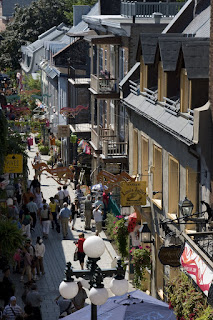 In Old Quebec you can find numerous little shops and restaurants. 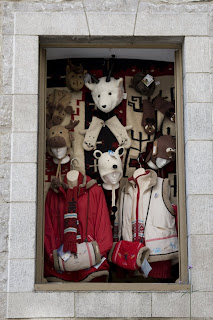 For the 400th birthday the streets and houses have been decorated. 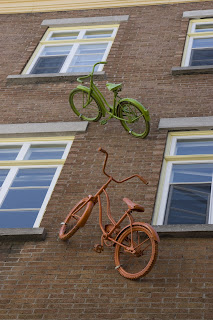 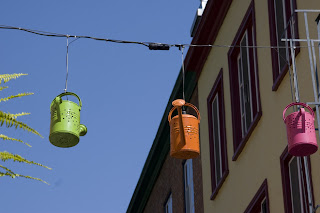 We started our visit with the Lower Town and then climbed to the Upper Town where the Fairmont Le Château Frontenac is overlooking everything. 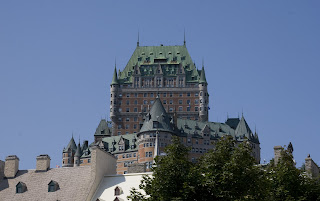 Quebec is the only city in North America which has preserved its ramparts and has thus been declared a UNESCO world heritage site. Due to the 400th anniversary parts of the old fort are accessible to the public. 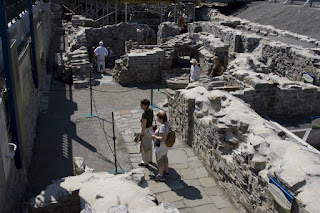 After visiting Quebec we drove to Laval which is located near Montreal and did some great shopping there. We then had dinner (Japanese Fondue) at Mikasa Sushi in Laval - it really was delicious.

This will be the last blog entry for this journey as our vacation is almost over. Today we will only drive from Montreal to Toronto to catch our flight in the late evening.
Eingestellt von Unknown um 06:45

With a small delay I finished reading your blog! It was nice to follow your holidays, see you in office ;-)