Today we crossed the Gaspe Peninsula and visited the Parc National de la Gaspesie. We learned that there are two different kinds of national parks in Quebec. National Parks operatated by Parc Canada and Quebec National Parks which are more like provincial parks. The Parc National de la Gaspesie belongs to the second category. To get an impression of the park we visited the interpretation center and did a wonderful hike. I enjoyed the hike a lot as it brought us into a real old-grown forest which you cannot see often anymore. 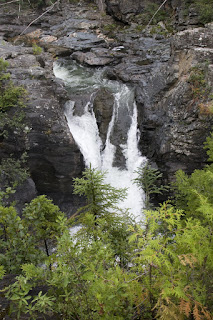 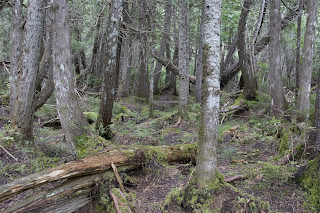 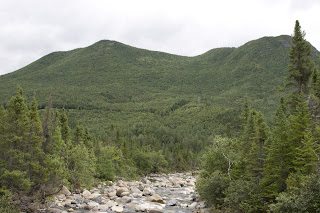 Our drive also allowed us to get a good impression of the north coast of the Gaspe Peninsula.

Though some of the places are very beautiful, several villages along the north shore provide a strange mixture of nice houses and ugly, big shopping facilities. 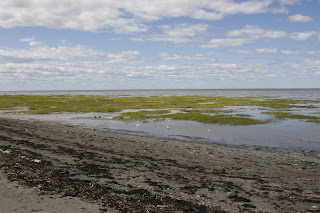 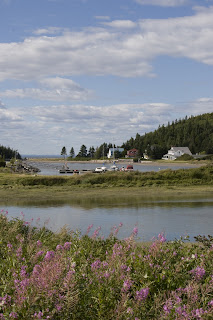 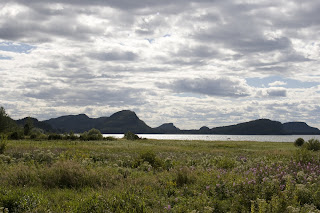